As a preface and for background:

I’ve been an Independent voter since 1984 when I was driven out of the Democratic Party because I refused to “STFU & toe the Party Line” in challenging & refuting the DLC/3rdWay lies being sold then. Prior to that; in 1979 I’d joined the Republican Party thinking it was the Progressive party of Ike. It wasn’t. SMDH it took me until 1981 to figure that out and I then joined the Democratic Party in 1982 in the hopes of finding a political home for my progressive, constitutional views. That failed too as the Democrats had just sold us all out to the DLC (later 3rdWay) for corporate dollars.

Folks, let’s get real for just a minute here. The simple FACT is that our so called elections are rigged. Completely.

This Democratic “Unity” the media keeps insisting upon, so loudly and often, is a perfect example of Goering’s principles of manufacturing “consent” put into practice.

Virginia just proved that these screams of DNC Unity are mythical, if not outright propoganda. 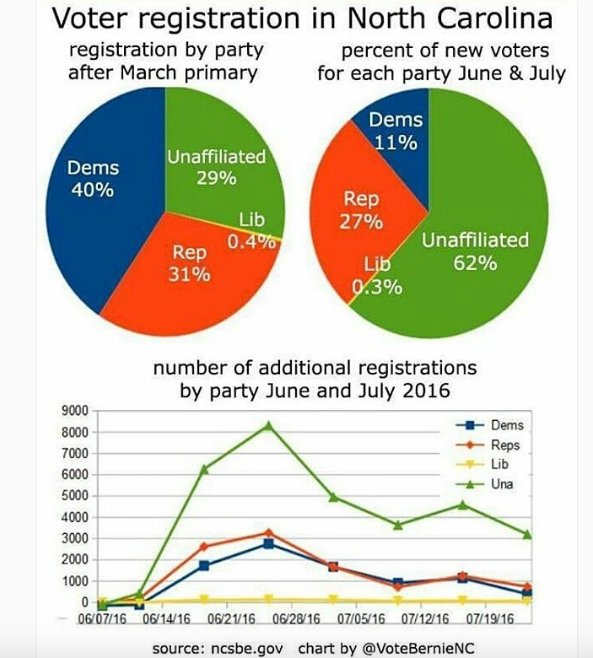 Here’s the manufacturers of that mythical unity

I see Hillary Clinton on offer as a candidate, and having watched her actions over the last 30 years I honestly wouldn’t vote for her with a gun to my head. Just so we’re clear, I mean that quite literally. See, I’m a Navy Vet who took an oath. That oath was to “protect our Constitution from all  enemies Foreign and Domestic”.  It said not one word about protecting the government, nor any word about protecting those who are a part of the government. It also didn’t speak, anywhere, to any duty of protection for corporations who bribe our government. My single current mandate under that oath is to protect our Constitution.

Having watched Hillary & her actions over 30 years now; I’ve noted one thing about her: She has a complete and utter disregard for the law and for our Constitution which that law is drawn from. This disregard for our law is so blatant that I assert it is, or borders on, psychopathy. I’ll let you compare her actions, words, and known, provable, lies for yourself against this check list.

How To Identify A Psychopath

As further evidence of this assertion I submit the nearly uncountable number of her close associates and confidants, and donors who have gone to prison over the decades for fraud and or blatant corruption (or may be about to). Here’s JUST the Super Delegates who back her and are corrupt. That’s 24 here alone 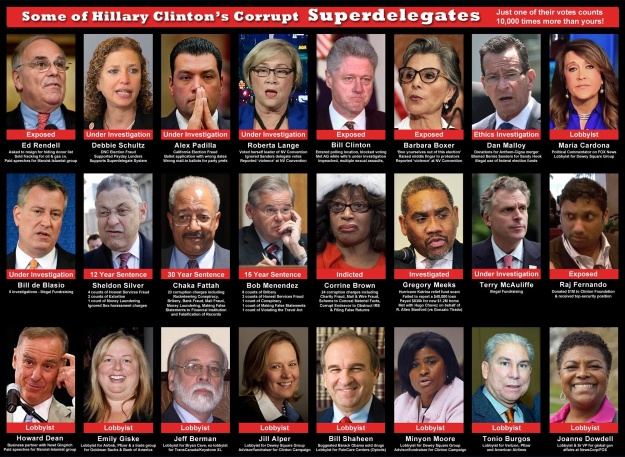 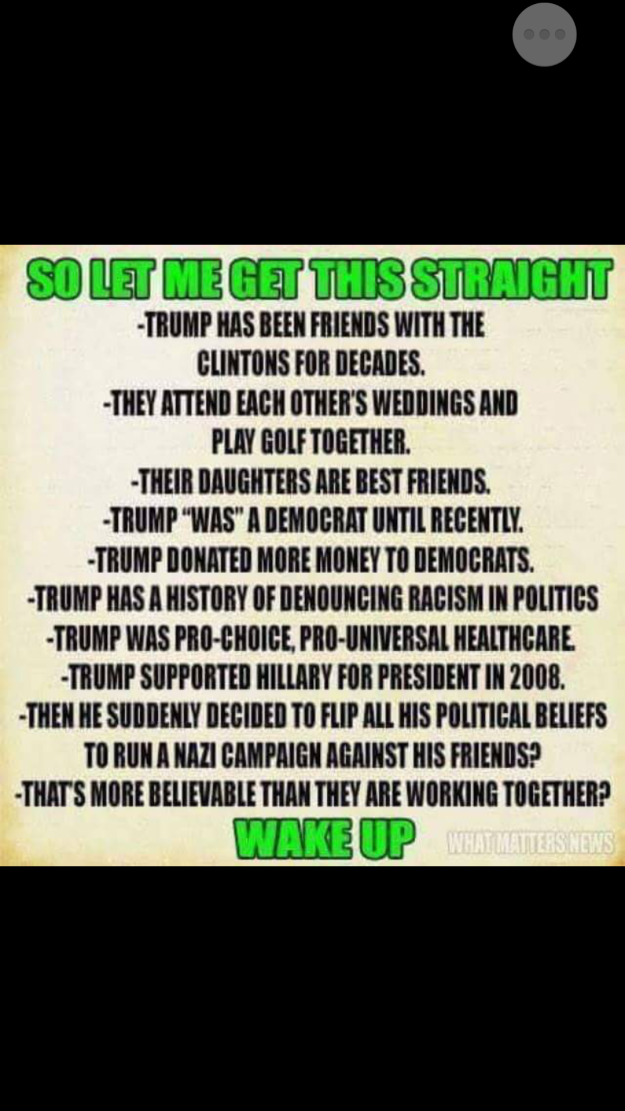 I offer the full Wikileaks archive of the DNC emails which prove, beyond any reasonable doubt by a sane person, that the DNC did in fact conspire and collude with Hillary Clinton to subvert OUR election process in order to secure her coronation. They even went so far as to use whiteout on our legally cast ballots for Bernie Sanders.

I’m sorry folks, yes Trump is a charlatan, a snake oil salesma, and a carpet bagger. I’ll even go so far as to say that he’s also a liar, by his own admission  in “The Art of the Deal”. I’m pointing to his pride & hubris in claiming to have created negotiation tactics he calley “Creative Truth Telling” which all we sane folk know as LYING.

There are two studies from major, well respected universities which prove, beyond any reasonable doubt, that the primary election for the Democratic Party was rigged.

An Electoral System in Crisis

There are 5 plus lawsuits in process against the Democratic National Party and against State Democratic Parties. Here’s just one:

With all this preponderance of Evidence and my 54 years of life experience in mind I wrote this piece.

Reply to The Nation magazine request to “Help Fix” The DNC

It stands as written. I see absolutely nothing in the Democratic Party worth salvaging, so as of the 26th of July 2016 I’m no longer a Democrat and have re-registered Pacific Green Party to vote for Jill Stein. A good part of that decision is from having read quite a bit on the false flag “Trade” Treaty known as T.P.P. which Hillary and Obama essentially wrote to service thier corporate fascist bribers. I regard this fraud as Treason against Our Constitution because it gives corporate fascists the faux right to sue us for any laws they dislike

TPP and TTIP Truth from wikileaks.org

All told there is nothing which could induce me to cast a vote for either Hillary Clinton or Donald Trump. The oligarchy has made it quite clear by thier actions & rhetoric that this “choice ” for Citizens isn’t any kind of choice at all; rather it’s a threat.

Now, I may not be able to stop them ramming yet another corporate fascist POTUS down my throat, but I’ll be God Damned if I’ll help them by complying in “choosing” between voting for a Shit Sando on White with Mayo, or a Shit Sando on Rye with Thousand

Given that obvious threat I WILL be voting only for a sane, non-corporate owned candidate. Further, I WILL NOT EVER be voting for any down stream candidates who have supported EITHER Trump or Clinton.

To those of you who will choose your convenient blindness to these facts and still demand I comply… my answer in full is “Hell FUCKING NO!”

To those of you who see what I see in both bribbed parties and exit those parties is say “Welcome Friend now let’s find out where our intersections are!”

My mood? It hasn’t changed a bit since the beginning of this election farce cycle. Enjoy!: