If an officer tells you that you’re “not being detained” your next words are “Am I free to go?”

If the cop says yes your next words are: “Thank you officer, Goodbye.”

If they say anything other than “Goodbye” then you ARE being detained and are “under arrest” because they have arrested your movement going about your own life… and they just lied to you.

This disengenuous threat of arrest when you are already factually arrested is just one of the many psychological control tactics (gaslighting) which cops are trained in. It sets up (as designed to) a catch 22 where “technically” you’re not under arrest and so they don’t have to honor your Miranda demands for an attorney, or your refusal to answer questions, because if you stay you’ve mythically, and magically, “volunteered” to talk with them.

That claim IS Bullshit and it’s rank psychological manipulation. Here’s the proof that it’s bullshit from none other than Cornell University of Law:

An arrest is using legal authority to deprive a person of his or her freedom of movement.

If YOU don’t get to decide when you’re leaving then you ARE being detained (aka: arrested, per the above legal definition) 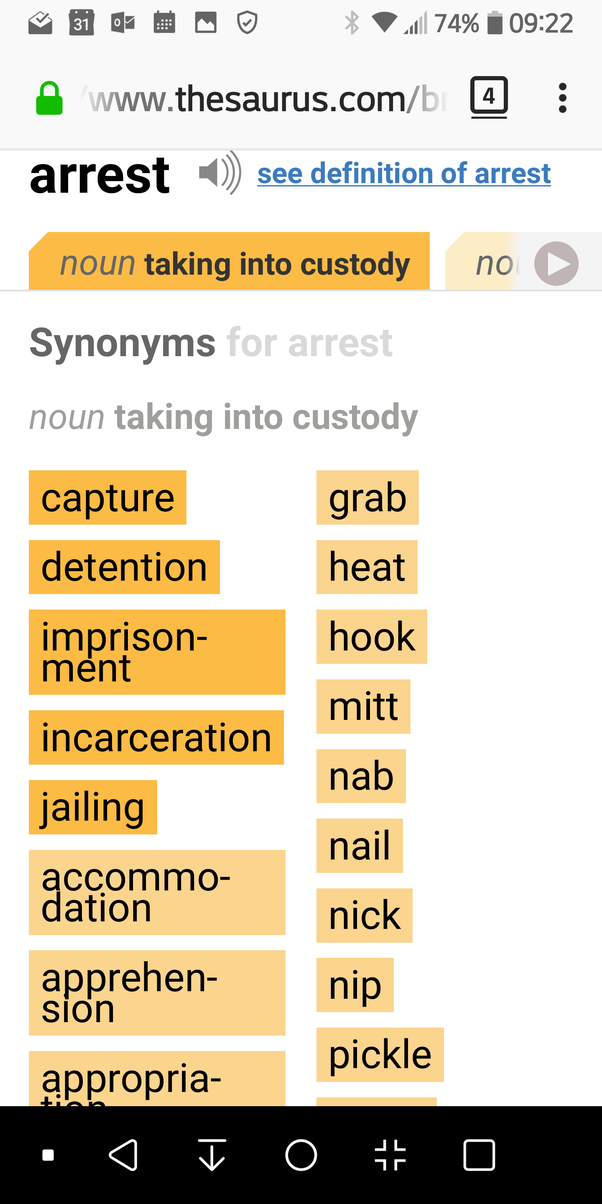 Greg Klebanoff’s answer to What is something police do not want the public to know?

The bottom line here is that you’re not looking to avoid arrest, you’re looking to force them to clearly and unambiguously identify (in a legally verifiable way) the REAL situation so that your 4th, 5th and 6th Amendment Rights can’t be conveniently evaded.

Kris Rosvold’s answer to Which Amendment in the Bill of Rights is the most commonly abused?

This cop’s statement here is also a huge logical fallacy called the Argument from Ambiguity: 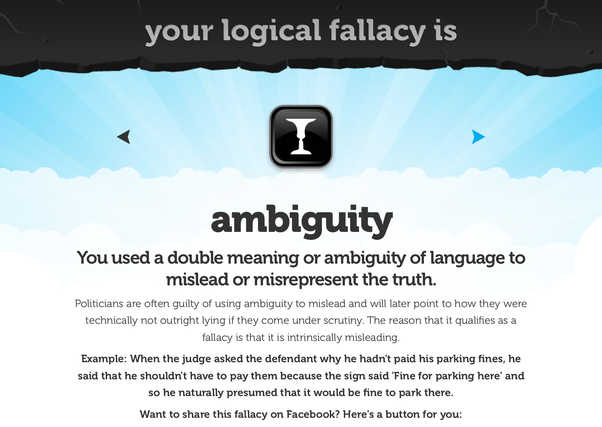 Both conditions cannot possibly be true. And the truth is that they have stopped you from going about your business, so you are now either Arrested or Detained. It’s either A or B. The trick here is they’re trying to get you to play along with the false belief that if you give them what they want (information which may well incriminate you even if it appears not to) they’ll let you go.

It’s this level of bullshit. Kris Rosvold’s answer to Have you ever literally face-palmed in court?

Any cop telling you that you’re not detained or under arrest and then saying that you’ll be arrested if you leave has:

Either way your reaction needs to be the same: “I don’t wish to answer your questions without my attorney present, and I’m done talking to you at this time; since you tell me that I’m not under arrest or detention I’m leaving. Goodbye.”

If they arrest you, or tell you that you’re being detained, then your legal situation is legally unambiguous and you can proceed accordingly:

Kris Rosvold’s answer to If you know you are doing something illegal and a cop stops you, what should be your first words to the officer?

If they allow you to walk/drive away then your legal situation is legally unambiguous and you go about your business.

Oh.. And no. I never, ever, agree to any searches no matter what the excuse is. They can FORCE a search upon me because they have guns, but I won’t ever agree to it because I don’t waive my rights for anyone.

Why? Cops, especially “good” cops, never admit it but the simple fact is that cops WILL lie all over themselves to CYA for empirically bad cops.

Enough. When I’m dealing with a cop I have zero ways to tell what sort they are; so the only way I can protect my self from the bad cops is to not talk to cops and not agree to ANY search.

If you are black or POC the rules about what and how are entirely different from what this white boy grew up with. That said, cops are becoming ever more fascist and whites are beginning to see some of the effects of that process. As may be, the largest driver I see in the difference between how whites and blacks get treated is perceived wealth mixed with systemic racism. By this I mean that an obviously wealthy person will get treated better, and often much better, than a non-wealthy person of the same race.. In most areas. There are still many areas of the US where white cops seem to take a black person being wealthy as a personal affront and treat such folks accordingly.

Whether you’re white or POC, DO NOT go all Sovereign Citizen Idiot on a traffic stop. The reason for this is that in a traffic stop once that bubble gum machine lights up behind you, you HAVE been arrested in every legal sense. It’s fine to not answer questions other than the mechanics of providing your license, registration and insurance. But make no mistake: During a traffic stop you are, legally, under arrest for the investigation of a traffic infraction or a crime.

That case is dealt with here:

Kris Rosvold’s answer to If the cops create a roadblock and are searching every car (usually happens at late hours), is it advisable to refuse a search even though you have nothing to hide?

Kris Rosvold’s answer to If you know you are doing something illegal and a cop stops you, what should be your first words to the officer?