I’ve been watching what we’re calling the gig economy since its beginning and it’s a really interesting thing.

I need to say up front, as a life long Electical Engineer and Field Service Technician, that I have little to no respect for the field of Economics Theory as a “science” because it really isn’t a science and isn’t used or empirically tested as actual Scientific Theory would be. This Fact makes Economic Theory an art rather than a science every bit as much as painting pictures or sculpting marble is an art. Arts don’t require any relationship to verifiable, testable, disprovable, fact. Science does.

Ergo: Economic Theory is strictly an art, and yes; I will fight you on this until such time as the parameters and results of Economic Theories can be empirically tested in the lab using instrumentation and without the use of psychology (another art). 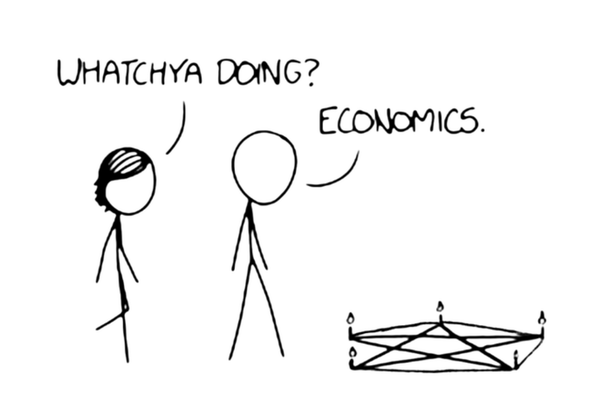 As with traditional jobs, and depending entirely upon how it’s structured, gig work can be a huge boon to both the buyer and the worker, or it can serve the buyer and absolutely screw the worker.

Here’s the difference between those two outcomes.

When applied through an open medium like Craigslist, (which is where this whole thing started in the modern age) gig jobs and gig skills get advertised and organically matched in a way which serves both the buyer and seller. The seller has complete control over the wage they get and the buyer has complete control over the wage they pay. Where these two meet a gig job is created via mutual agreement. If the wage offered is too low there’s an opportunity for the seller to counter-offer a higher wage or other concessions. If the wage demanded is too high there’s an opportunity for the buyer to offer a lower wage or other inducements.. But.. And here’s the critical part:

If there is a mismatch where the sellers don’t feel served by the terms offered, the job goes begging; and this metric applies in BOTH sides of the transaction equally.

This is the best case for a gig job and a gig worker. It’s essentially equivalent to walking into a shop electronically and negotiating with the owner to have a table built. This process allows the seller to account for all their costs and profit in setting the end price. It ALSO allows the buyer to limit price according to their budget for the task. Now let’s look at the worst case:

With these two “Gig-Economy” jobs an app is used to “match” buyers and sellers with a dictated pay scale based upon hidden demand metrics which the buyer and seller each have zero control over except to walk away from the gig on offer. There’s no opportunity to negotiate terms or rate for either party. There’s no opportunity to account for your costs in providing a service or product, and there’s no opportunity to limit costs by offering better non-cash terms. The (variable) rate paid is dictated to both parties by the company and the company skims a percentage of the transaction (rather than a flat fee as Craigslist does) right off the top.

There’s also a huge, and onerous, list of requirements dictated by the company, and a ranking/buyer feedback component, without a matching seller ranking/feedback component, which effectively places all power to dictate terms in the hands of the buyer without any regard for the sellers fixed costs.

This is the problem, and that single mismatch of power in the transaction makes the Gig-Economy a straight rip-off from the worker’s perspective.

If Lyft and Uber didn’t have those requirements they dictate it might be a marginally better deal for the worker but those mandates are there.

Here’s the difference: In a cab company there are fixed expenses and if the company is to survive it MUST account for those vehicle, insurance, taxes, fuel, maintenance, medallion (permit), and etc. expenses in its rates to customers.

With the gig app (as it’s currently set up) there’s zero need from the company’s standpoint, (or more importantly the buyers standpoint) to account for any of those things except when they hit the point where sellers start walking away completely.

Lyft says its drivers can make $35 an hour. I spent a week driving to see if that’s true.

This set up transfers ALL the legitimate costs of running a business from the company to the workers (sellers) and, with the same hand, takes away the ability of the worker (seller) to negotiate any terms to account for their fixed costs in their wage.

The results are that Lyft and Uber get to skim pure profits off of transactions without having to pay for any maintenance or equipment costs.

This tactic is directly equivalent to a factory owner forcing workers to buy the machines making the product and then refusing to perform, or pay for, any maintenance of that equipment.

Which gives us this today:

‘Uber is a rip-off for its drivers and the public’: Cab Drivers Protest Rideshares in Chicago